The iWave and flu/covid and more

​Winter is fast approaching, and with it comes the inevitable increase in illness. You always do what you can to protect your family from flu, pneumonia, and other common respiratory illnesses of the season. But with COVID-19 joining the mix, you might want to take some extra precautions.

The CDC recommends that healthy households disinfect all commonly touched surfaces at least once per day. Of course, the more you are at home, the more often you should disinfect. You can disinfect surfaces fairly easily with a host of products available for the purpose. But these disinfectants don’t remove the virus from the air.

As you and everyone in your home speaks, laughs, or coughs, they are expelling the virus in saliva droplets that can land on surfaces, requiring frequent disinfectant. But studies suggest that some of those droplets remain suspended in the air for a brief time, during which the virus can be spread. So how do you keep your air as disinfected as your surfaces?

You can’t expect all air purifiers to be effective in disinfecting your home. In fact, very few air purifiers are able to make claims as to the effectiveness against COVID. The iWave-R is an air purification system that has been shown through independent studies to have noticeable effect on decreasing the presence of the flu or sars-2-cov-19 in your home. Improving your indoor air quality not only protects your family from viruses, it can also reduce allergy symptoms and improve respiratory conditions.

Here’s what you need to know about the iWave-R air purification system and how it can keep you and your family safe this winter. 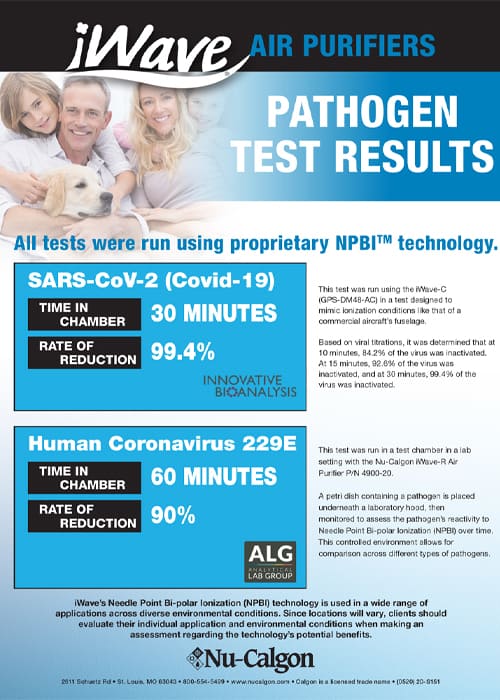 The iWave-R isn’t the portable air purifier you’re used to seeing. In fact, this air purifying device is installed completely out of sight, mounted in the air duct or air return handler of your duct AC system.

The iWave-R treats the air circulating in your home to reduce pathogens, allergens, and other particles through the use of needlepoint bipolar ionization. When it comes to disinfecting methods, the typical ionizing air purifier falls short of effectively cleaning the air. But the iWave is different, because through patented technologies it is able to generate both positive and negative ions for a completely different result.

How do ionic air purifiers work?

If you think of a portable air purifier when you hear the term “ionic,” you aren’t alone. Most people have only heard of portable ionizers that don’t have a reputation for effectiveness. The iWave is a different type of ionizing generator that is much more effective, and the difference in which they operate is significant.

Why ionizing purifiers have a bad rap.

The first ionizers are horribly inefficient. The traditional ionizing air purifier generates negative ions that electrically charged particles, which then clump together with particles and surfaces of an opposite (positive) ionization.

However, the end result of most traditional ionizers is that the charged and clumped particles become heavy and settle on surfaces, in carpets, on curtains, and even right back into the air you breathe. Some ionizers have a plate that collects the charged particles, but it must be cleaned regularly and its efficiency still could be improved.

How the iWave Bipolar Ionizer Makes the Difference

The other huge difference between the iWave-R and other ionizing air purification systems is that it is completely self-cleaning. You won’t have to worry about maintenance for this air purification system for quite some time. The patented technology, called needle-point bi-polar ionization, uses carbon fiber brushes to produce a refined electrical charge to proactively and safely clean the air.

Looking at the different types of “air purifiers” or “air filters” available on the market can be very confusing, even for someone with excellent internet research skills. You really need the assistance of an experienced professional to determine the best filtration methods for your needs. While some machines do have both settings, most purification devices will be either ionizing or have a HEPA filter.

What is a HEPA filter?

Any home or building with an HVAC system uses some type of filtration system. This is necessary to keep the unit clean and running properly. But the other benefit of these filters is that they can reduce allergens and other particles from the air circulating in your home.

Not all filters are HEPA, or High Efficiency Particulate Air, and so not all filters will be effective against the small particles of viruses and other pathogens. If you get a quality HEPA filter, used in a system that cycles the air quickly, the filter will be very efficient and your air will be significantly cleaner. 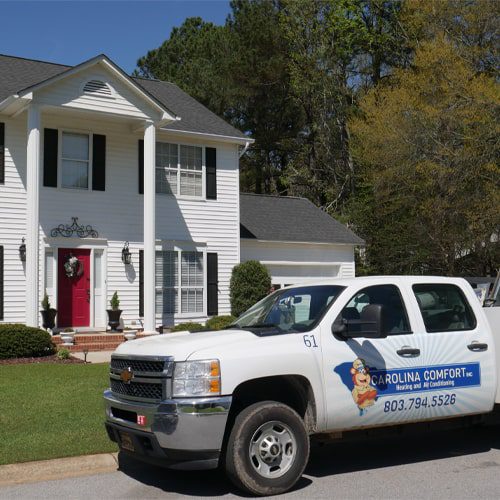 So why use an ionization air purifier to combat illness?

Studies have shown that ionization is an effective way to clean your air indoors of airborne viruses. A HEPA filter can catch these particles as well, but only if within a certain distance of the contaminating source. The iWave-R is installed in the duct AC system but covers your entire home as the ions come into contact with the air already cycling through the system. And, because it has self-cleaning needlepoints, the iWave can actually be more effective, clumping particles like pollen together until they are large enough to be picked up by an air filter, keeping the iWave-R and your space cleaner.

Are ionic air purifiers effective at removing the sars-cov-2 and flu viruses?

With flu season upon us and new surges in COVID cases, it is natural to be thinking about new ways to protect your family from airborne pathogens. But are ionic air purifiers as effective against COVID-19 as they claim to be? Some ionizers would be found to be somewhat effective, depending on features such as how particles are removed from the air. But the iWave-R works differently than most, with its patented needle-point bi-polar ionization technology, equal amounts of negative and positive ions are released into the air. When these ions come into contact with harmful pathogens like the ‘Rona, they remove the hydrogen molecules taking away the virus’s source of energy. This technology is self cleaning which means the iWave-R will be as effective in a year as it is today, with no maintenance or cleaning necessary.

Independent lab testing has proven that iWave products are effective in reducing the presence of sars-2-cov or human coronavirus by up to 90 percent after sixty minutes of exposure to the ionizer.

The pandemic is not ending anytime soon, and it is clear that we are entering a new surge of cases. It is important to do all we can to fight the spread of the virus. Even if you’re wearing masks and social distancing when possible, most people don’t think about the fact that the virus could be present in your home and you wouldn’t even know it.

Although air purification systems aren’t going to eliminate the flu or coronavirus from your home, experts agree that when combined with other measures they can be beneficial in preventing the spread of the virus. This is particularly true if you are a front line worker that needs to keep their home as disinfected as possible to prevent spread to family members.

Installing a new iWave-R air purifier in your duct HVAC system will reduce the number of pathogens in your indoor air, which keeps you safe as well as your guests. It is all part of playing your role in the fight against this pandemic. Contact us today for more information or to get your iWave-R installation.