What is a Mini-Split AC?

Nearly every home in the world requires some form of climate control, whether it be for heating or cooling. Central air conditioning and large heating furnaces are used in many applications, but they require expensive units and infrastructure.

For those who do not wish to invest in these systems, there is an exciting alternative in the form of mini-split systems. Mini split systems are small, ductless devices that offer combined heating and cooling functionality with very little need for alteration to your home.

The technology behind mini split systems has gone through an astonishing level of advancement in the last few years. The systems of today are nearly unrecognizable to their predecessors, even those that are just a few years old. 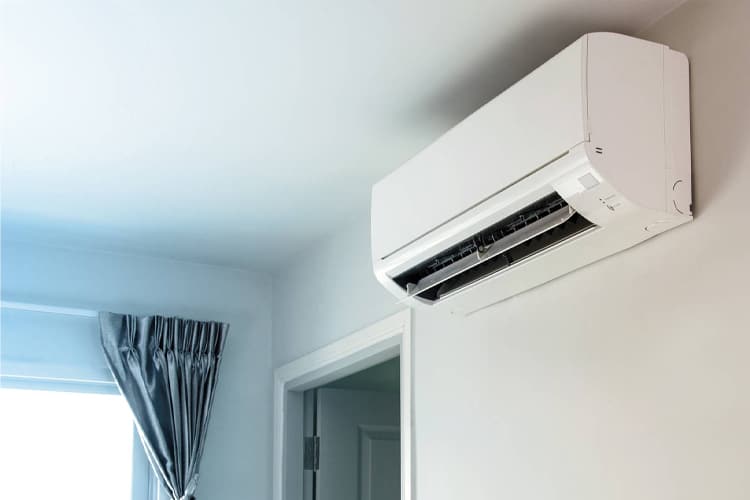 While a lot of people are just learning about ductless AC and heating systems, the mini-split systems of today are quickly becoming a common choice for those who wish to install HVAC systems. Even so, questions about the systems still abound due to their relatively new status. As such, we’ve tried to answer those questions, and a few you might not have thought to ask, in the article below.

A simple way of answering that question is that they are an alternative technology to traditional centralized, and separate, heating and cooling systems. They are essentially an AC and furnace in one. They do share some similarities with traditional systems, including the need for an interior handling unit and an outdoor condenser.

In contrast to traditional air conditioners, mini-split systems do not require the installation or adaption of a duct system in the home. This is a big difference to traditional heating and cooling units where the presence, and quality, of ductwork is crucial to the effectiveness of the system. This simplicity is why more and more homeowners are choosing mini-split systems.

Adding to people’s confusion over what a mini-split system is the fact that they are known by a variety of other names and descriptive titles including: Ductless mini-splits, ductless heat pumps, and mini-split heating systems.

In order to understand how a mini-split system works it is crucial that you are familiar with three components in particular.

The entire system operates using a principle called variable refrigerant flow. The system uses varied flow of the coolant to regulate the temperature inside. Because these systems are able to regulate the flow of the refrigerant, they’re able to maintain much more constant temperatures at a fraction of the cost to cool or heat a room using traditional central air conditioning systems.

Mini-split systems are incredibly efficient, allowing them to use two to three times less energy than a comparative central heating system. This is good news for most property owners since less energy used means a cheaper utility bill.

One of the ways that you can save energy costs with mini-split systems is by using multiple air handlers to control different zones or rooms independently. This allows you to save money by not running the AC in areas you are not using. These air handlers are also better at maintaining temperature in the room, which also improves efficiency.

The most significant way that mini-split systems increase efficiency is their elimination of the need for ductwork. Ducts are usually not insulated, and the cool air has to travel through the ducts to the area needing to be cooled. The heat lost to the system of ducts throughout a house can be as significant as 30 percent or more. This is especially true for rooms that are not well insulated.

A mini split system will be a good choice for homeowners whose properties:

There are a couple reasons that you may wish to pick a more centralized system for your property:

Choosing a Mini-Split System for Your Home

If you have chosen to install a mini-split system, there are a few important factors to consider before making a purchase and actually beginning to install the system:

You Need an Air Handler for Each Necessary Room or Zone

One of the advantages to mini-split systems is that they can be used to create multiple climate-controlled zones. Each zone requires its own air handling unit connected to the condenser, which can be connected to up to four handlers. Some advanced systems may be able to handle as many as eight air handlers. This allows you to heat and cool individual rooms or areas only when in use.

The Size of Your Home Decides What Capacity You Need

Like any other central heating or cooling system, the capacity that mini-split systems are capable of is measured in British Thermal Units or BTU. A BTU is the amount of energy needed to heat a pound of water by single degree Fahrenheit.

The larger the BTU capacity of an HVAC system is directly related to how much space that system can heat or cool. Small cooling units might be rated to only five thousand BTU, or roughly enough power to cool 100 square feet, while larger units will have a capacity of over 34,000 BTU. The capacity of the mini-split system must therefore correspond to the amount of space it must heat or cool.

A higher capacity system may not be the most effective. If your HVAC system handles far more capacity than you need it will be an energy waster and may not be as effective. It can also strip the moisture from the air, creating an extra-dry environment that can lead to dry skin, dry eyes, and aggravated breathing conditions. 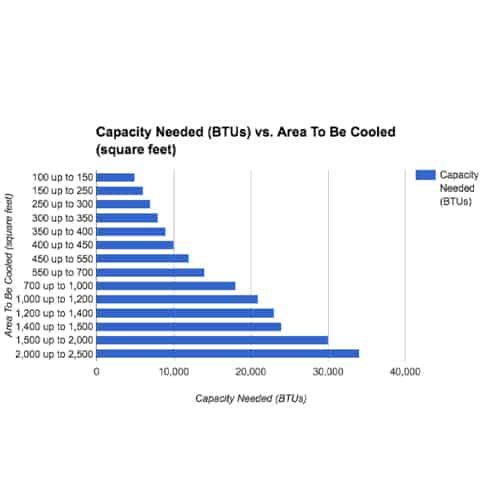 The best way to estimate what size system you need is to use the manual J load calculation method. This a common calculation used by HVAC specialists to determine how much power is needed for a system. The Manual J load calculation factors in different characteristics of a home such as square footage, building materials, geographic location, how much sunlight hits a particular part of the house, and even how much heat is being produced by other appliances. While there are free online calculators to run this calculation, we highly recommend having a professional HVAC service technician run these calculations to make sure that all the factors that can affect how large of a unit you need are taken into account.

Can I purchase and install a mini-split system on my own?

Proper placement and installation is crucial when installing ductless systems. This is because an improperly placed air-handler can cause a defect known as ‘short-cycling’. If this occurs, energy will be utilized much less efficiently.

Are all mini-split systems the same?

Compared to window units, mini-split systems are extremely discrete. These systems can be just as discrete as central cooling, as long as your air handlers are recessed into the wall or ceiling.

If you are interested in installing a mini-split system in your home, contact us today so we can determine the best manufacturer and capacity for your home’s climate control needs. We can also design and install your mini-split system.

Expert Consultation – Only A Call Away!

Carolina Comfort, Inc. has been serving the neighborhoods of Columbia, South Carolina for over two decades. This means that when it comes to air conditioning systems, we really know our business.

From assessing your cooling requirements to bringing down costs associated with faulty air conditioning units, Carolina Comfort, Inc. can serve all your AC related needs.

The best part is that we pride on being available 24/7 for our customers.

After all, air conditioning systems can stop working any time, and so our technicians are always available to deal with any AC related emergencies – whether it is a weekend, holiday, or the middle of the night!

If you have any questions, need a consultation, or someone to repair your air conditioning unit – call us now!

Contact Us
← Why You Need HVAC Surge Protectors Is It Time to Replace Your Ductwork? → 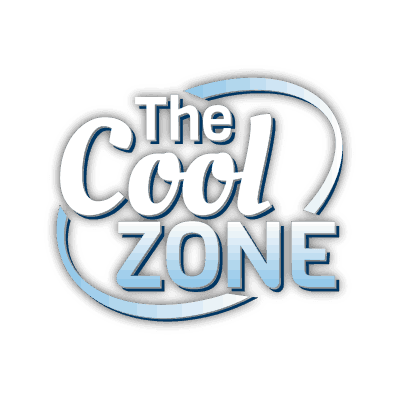